Following on from my post on what we should call social media inside the firewall “What should we call ‘Intranet Social Media’?” My peers (and Twitter pals) from various enterprises in Europe and the Americas have suggested the following: Collaborative Media, Business Networking Media, IntraSocial Media, Collaboration 2.0 and Social Computing. Now Deloitte have waded in with an article dubbing it ‘Enterprise Social Networking‘ (ESN), or more catchily ‘Facebook for the Fortune 500’. 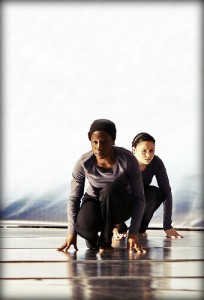 2009 Deloitte predict, may well be a breakaway year for ESN but they hedge their bets with the proviso of if… This ‘if’ haunts the analysis of both Gartner and Forrester too and now with Deloitte joining the throe, they too proclaim a simultaneous red/green scenario:

the exact extent of adoption may still be unclear. Some commentators claim enterprises are generally not yet deploying social networks; various Fortune500 CEOs believe the opposite.

What’s going to determine this is when (not if) a big breakthrough is made by one competitor that outstrips their rivals that is a clear demonstration of the productive power of ESN. To gain a clear footing in this market, Deloitte urge that early readiness for a primed market:

Telecommunications operators and IT solutions providers need to invest in ESN so they have the expertise and credibility to deploy these solutions if or when they become more broadly adopted, and start becoming a more significant source of revenues.

Whatever we call it, if anyone is reading this and thinks progressing collaboration, communication and social media inside the firewall is a good idea, but are not quite sure how to do it, then please feel free to get in touch. After deploying these technologies for almost a decade for one of the big 5 IT companies, I’m now starting to actively look for enterprise social networking consultancy work.

I quite like ‘Employee Social Networking’ but that could mean using Facebook while at work. This would have a different impact and intent, especially if this is something not approved by the employer

Good point Russell. I hadn’t thought of it from that perspective.