I thought Levi’s had sold all their looms to the Japanese and so jeans cut on the selvedge were no longer available. Not so it seems with this reissue of a 1966 classic ‘redline’ 501. I thought I was going to have to revisit Ueno station in Tokyo to get some of these, and maybe I will as I recall seeing some with a 1944 cut there. Here’s the full spiel on Levi’s 501: 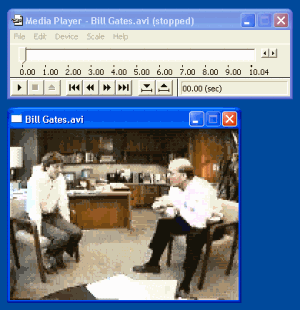 Watching the events unfurl and listening to the birdsong in the morning in a plane-free West London has started to get me thinking about the impact of this volcano thing on social innovation and social software in the enterprise. I was part of a big shift in social software use in corporate-ville at the end of the dot.com boom where e-learning software such as the online classroom transmogrified into online meetings. The driver then was cost – cut down air travel at all costs.

A similar impetus is present with the suspension of flights in Europe. So some thoughts on the impact of enterprise social networks.

Just some first thoughts as I work on a preso, what other impacts, uses or knock-on effects might there be?

Spending time looking at SharePoint 2010 and had a really good look at its capabilities at Microsoft’s UK HQ in Reading last week. Under NDA so can’t say much more than is in the public realm, that it’s an impressive beast and offers a lot of social capabilities.

Last October I blogged about a potential SharePoint killer in the form of Cisco/WebEx Connect The Quiet Arrival of the SharePoint Killer so it was with some interest that I saw a Tweet this morning pointing to mobile versions of WebEx for the iPhone, Nokia and Blackberry. On viewing the page for the mobile client, I was surprised that there was no mention of the Connect capabilities, this was all about the more familiar side of WebEx, the online meeting capability.

On searching the site it became apparent that WebEx Connect had gone. It was no more, disappeared. This (and I’m presuming that I haven’t missed anything – please correct me if Connect is still here) is to my mind a massive missed opportunity. Update: see below, it’s still there but not being heavily marketed

Why do I say this?  Well this is the reason, this is from WebEx themselves:

Collaborative Network Applications
The WebEx Connect client, built on the concept of Spaces, brings people, process and data together in an easy to use context. Interacting with the Connect grid, the client supports a wide array of applications from WebEx and its partners. Beneath it all is the MediaTone network that insures reliable delivery of these applications to anyone, anytime anywhere on the globe. Once knowledge workers take advantage, companies will be able to reduce cycle times, increase sales and find efficiencies throughout their business processes.
Adroit developers and product visionaries have an open field to innovate in totally unique ways on the Connect platform and to feed off of others sharing their ideas on the developer community. It all starts with the capabilities that are that are available to you from the Connect Platform Services, Application Framework specification, organizational and event models and the concept of Spaces where users get business done.
(my emphasis)

An open field for visionaries and innovation…Now take a look at the architecture: 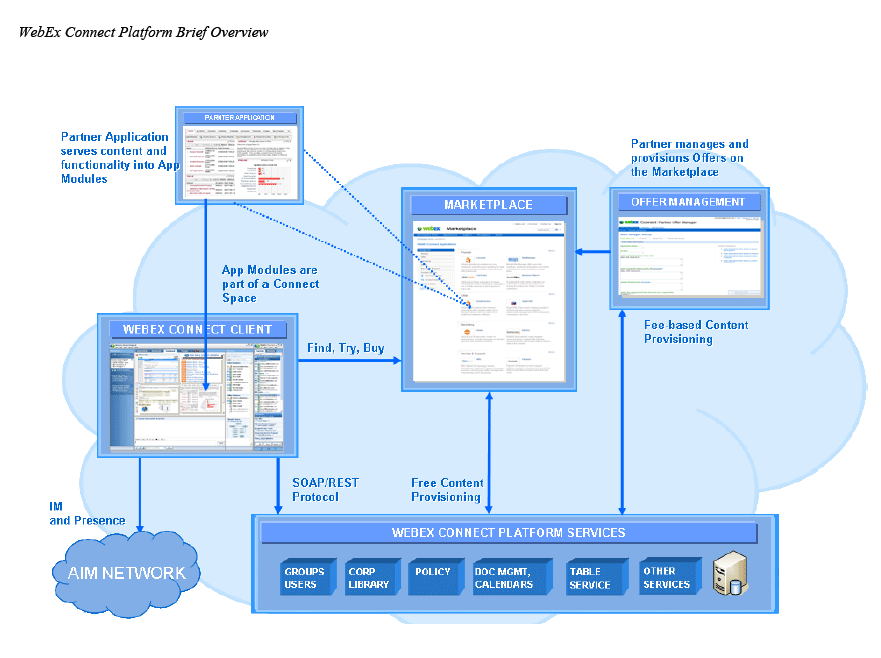 You get the idea of just how elegant and how lucrative this mashup was. Partner apps integrate in (iTunes eat your heart out), Fee based Content Provisioning, means it is was already ready to be monetised. But no more, it’s gone or as WebEx themselves pointed out:

Notice
This is a preview of the Connect platform and all contents, specifications, and details are subject to change.

Copies of the whitepaper “WebEx Connect Platform Brief Overview April 2008“ can at the time of writing, be downloaded from the WebEx site

Update: looks like it’s still breathing – but with what vitality remains unclear: https://www.myciscocommunity.com/servlet/JiveServlet/previewBody/15855-102-1-27361/connectreleasenotes_c6_5_1.pdf

In order to progress, let us look next at the basics of tagging. Tagging of user-generated content is an inherent part of the enterprise social network. All the leading social network applications – for example Jive, Telligent, Lotus Connections, Socialtext, (and SharePoint 2010) have tagging as a core function. This allows a user to tag their individual blog postings, contributions to a discussion forum, uploaded video or documents with tags describing and defining their content.

This simple act of naming user contributed content has a number of cumulative effects. Firstly it identifies the content with multiple descriptors, allowing the content to be found and related to in a variety of mutually supporting ways. These include for example Search, Tag Clouds and Tag Trails. Each of these can be either individual aggregations or socially constructed. Take for example, a Tag Cloud:

“A tag cloud or word cloud (or weighted list in visual design) is a visual depiction of user-generated tags, or simply the word content of a site, used typically to describe the content of web sites. Tags are usually single words and are typically listed alphabetically, and the importance of a tag is shown with font size or color.[1] Thus both finding a tag by alphabet and by popularity is possible. The tags are usually hyperlinks that lead to a collection of items that are associated with a tag.” http://en.wikipedia.org/wiki/Tag_cloud 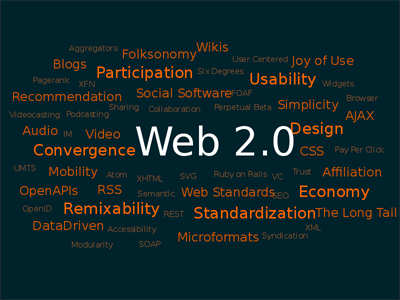 The weighting of the text is defined by the numbers of times that an item has been tagged, the larger or more densely defined the text, the more times that that tag has been used. The Tag Cloud can be set to display information sets for either individuals; spaces within a social network (a social Group or section of a site for example); or a community of individuals. This in turn produces its own set of possibilities in terms of finding both content and users who have tagged content.