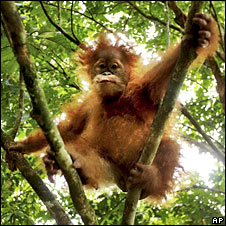 The return of passion.

If you are an SEO or SMM consultant, you have three years. Three years to adapt or be out of work. Learn how to be passionate and breed passion or find another line of work…

Best of both worlds: someone who has passion (and skill and insight) about their task and passion about the mission. The latter can never replace the former. Organizations staffed with sports fans or true believers worry me, because they often use their passion as an excuse for poor performance. What worries me more are the employees who have neither expertise nor passion.

Another for the list, Audiophilia adds Passion in their A list by which to live and love.

Watch this chart, 2009, passion is back in fashion: 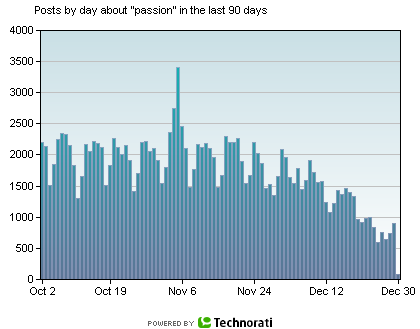 My one and only prediction for 2009, it’s going to be a year of passion.