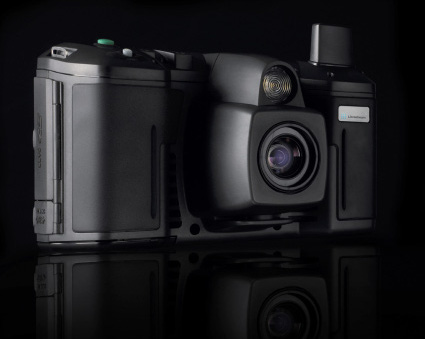 A lot of waffle today on the wires and especially on Twitter about Adobe acquiring Omniture. But I wonder who will acquire Adobe?

This is the Battle of the Cloud. And these are the 3 contenders:

1) Microsoft – ‘we own the software and the operating system’

Adobe are small fry in this fray. Who will buy Adobe?

A recent report from Forrester on Virtual Worlds asks  “Will Unified Communications Make Virtual Worlds Relevant To Business?” and provides a hedged answer of ‘Yes, But It Won’t Be Overnight‘. The backdrop to the report is a joint venture between IBM and Forterra Systems called Babel Bridge. Babel Bridge joins IBM’s unified communications in the form of their instant messager SameTime with Forterra’s 3D immersive world, OLIVE. Here’s how Forterra describe it:

The integrated solution from IBM and Forterra takes group collaboration productivity to a new level, incorporating not only voice, video, and media, but it adds the important element of a sense of presence and digital identity. (source)

Forrester examine this new solution by comparing it to the current status of 3D worlds and point to 3 key headaches for wider adoption:

They then argue that only with a ‘collision’ between the Virtual World and Unified Communications will these be overcome. 3DUC will offer:

For Forterra this delivers the holy grail of internal comms:

Wow! But on whether it will do this though,  I’m not convinced. My reasons are this, why do it in 3D? I can see a fun element of the virtual world and creating a 3D workspace, but what is really gained here, what are the real and demonstrable business benefits beyond the novelty factor of pushing an avatar round a 3D world? The only area I’ve seen it work in well is virtual worlds surrounding conference and exhibitions where it achieves for the short while the event runs quite a satisfying level of customer engagement.

In a past life I watched a lot of European Union money ploughed into virtual world working environments (I even recall 3D tractor factories in the late 1990’s), but I could never see the point. It always struck me, and this was my actual experience too, that is was much harder work to traverse an avatar across a virtual than to click for a file or folder in good old 2D. And more to the point, all of Forrester’s points above can be achieved in ‘flat’ worlds such as Cisco WebEx Connect or Microsoft’s SharePoint. If one is having to do this everyday, then quick and easy, point and click, will always beat the extra work of moving an avatar about.

No doubt the technology will move forward, but while Forrester are excited by the possibility of full UC integration with 3D, they do urge caution and point out it’s not quite there yet. A key factor appears to be ‘immersion’, which makes me further wonder what full immersion might be like. Images of Total Recall come to mind and the P K Dick short story the film was taken from, We Can Remember it for you Wholesale. If it gets that immersive then one might ask, how will we know if we’re in the environment or not?