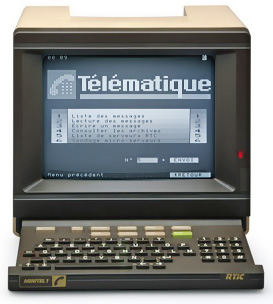 I like the concept of reach and engagement as part of Gartner’s Nexus of Forces. Reach is technological (techne – how easily to get ensnared into a discussion on Heidegger here.)

Against, or perhaps with Reach, we have Engagement – more properly the sphere of the human, of the interface between man and machine. And I can’t stop thinking about philosophy this morning, of Baudrillard’s delightfully named ‘Telecomputer Man’ -‘Xerox and Infinity‘

There is no choice here, no final decision. All decisions concerning networks, screens, information or communication are serial in character, partial, fragmentary, fractal. A mere succession of partial decisions, a microscopic series of partial sequences and objectives, constitute as much the photographer’s way of proceeding as that of Telecomputer Man in general, or even that called for by our own most trivial television viewing. All such behaviour is structured in quantum fashion, composed of haphazard sequences of discrete decisions. The fascination derives from the pull of the black box, the appeal of an uncertainty which puts paid to our freedom.

For Baudrillard the network was Minitel – was this too early? For Baudrillard we are integrated into the network, into the machine. He was writing in the late 1980s. 25 years on we have the nexus – cloud, mobile, social & information. All seemingly directed independently and yet all synchronised around this same orbit of what he sees as post-alienation:

The new technologies, with their new machines, new images and interactive screens, do not alienate me. Rather, they form an integrated circuit with me.