Much of the Theory for these studies was provided by the French post-structuralist philosopher and post-Freudian analyst Jacques Lacan. My students were not much amused by Lacanian film theory, not the least because no one had thought to teach them basic Freud, so they naturally got a bit confused when ‘Jacques the Lack’ Lacan was trotted out. Lacan is not only notoriously difficult to read, it also implies to say the least a knowledge of Freud and Semiotics. We has done Semiotics via Barthes but not Sigmund, so against all the guidelines I provided a crash course in Freudian theory. Afterward, at least 2 of my students actually thanked me for it.

At another art college in the Midlands, the students did have a go at embarrassing me when they were given free reign on a presentation project. Two presentations stay in my mind. One chose a gay sadomasochistic manga cartoon as their topic with lurid drawings of blonde Aryan types being taken advantage of by Japanese warriors. Another chose Jeff Koons’ rather graphic art-house photographs of his liaison with his then wife La Cicciolina (Ilona Staller). I sat unphased throughout the presentations and marked the students on their attention to detail, use of Theory and presentation skills. I sometimes wonder if all these years on, they’re using those self-same skills in corporate-ville.

One salutary ‘fact’ that’s trotted out on almost every single piece of management training I’ve ever been on is that most communication is non-verbal. Having read me Derrida and his deconstruction of the primacy of the spoken vs the written word I’d always been a bit suspicious of the theory. And not only that, I was also aware of the popularisation of the idea in its historicity, its popularity grew in a time when Desmond Morris’ The Naked Ape theory was at its ascendancy and when the idea that we are all just monkeys was seen as forward thinking science.

The primacy of the non-verbal has of course, massive implications for communications theory and practice. Even science itself. The latter most notably reliant on written peer review and not on testing ideas in the oral agora. Similarly, in internal comms practice I would often hear the face to face meeting heralded as the Holy Grail of all communications, with the primacy of the non-verbal presented as the ultimate justification.

For my part, the specificity of the communication seemed the most paramount and while for example I might be annoyed to be fired by SMS, the clarity of the message would remain undiluted by the medium used. McLuhan may have argued that the medium is the message, but that doesn’t alter the message whether face to face or an SMS.

It was therefore with some amusement, that I discovered this 2004 posting today: An urban legend: face-to-face communication is the best vehicle for communication. Here, David Teten explains that the theory arose from a piece of research conducted in 1967 by Albert Mehrabian and Susan R. Ferris, “Inference of attitudes from nonverbal communication in two channels.” Journal of Consulting Psychology 31 (1967): 248-252.

Looking at the popularisation of the theory by communication skills teachers and image consultants, Tenet notes their tendency to present it as showing that non-verbal in all comms is at the fore:

Not true. Mehrabian’s study only addressed the very narrow situation in which a listener is analyzing a speaker’s general attitude towards that listener (positive, negative, or neutral). Also, in his experiments the parties had no prior acquaintance; they had no context for their discussion. As Mehrabian himself has said explicitly, these statistics are not relevant except in the very narrow confines of a similar situation.

It would be useful to learn about other studies conducted since Mehrabian’s and if there has been any testing / comparison re online vs face to face communications. If you know, please let me know, it doesn’t need to be face to face…

Every now and again the interweb delivers news of something that is simultaneously sublime and absurd. The Museum of Broken Relationships fits this perfectly.

The museum is due to move to San Francisco on, notably St Valentine’s Day 2009. I predict a lot of Twitter activity – but will a Tweet be donated to the museum – has anyone been dumped on Twitter?

“The divorce day garden dwarf. He arrived in a new car. Arrogant, hollow and heartless. The dwarf was closing the gate that he had destroyed himself some time ago. At that moment it flew over to the windscreen of the new car, rebounded and landed on the asphalt surface. It was a long loop, drawing an arc of time – and this short – long arc defined the end of love.”

Read all about it…

The Museum of Broken Relationships

Slavoj Žižek has replied to Adam Kirsch’s accusations that he’s anti-semitic in pretty forthright fashion. Kirsch replies back. A pretty nast spat. Who doesn’t understand whom in this affair?

Over at the Sun Babelfish blog there’s an item on Ludwig Wittgenstein’s Duck-Rabbit. This image is always generous in its usage and in this instance is allowed to mull creatively on the SSL and on Public Key Cryptography (PKI).

For Wittgenstein the ambiguity was its richness:

One thing I like about the Duck-Rabbit is that it shows how our perception is boolean – we can only see either animal at any one time and never both. But our understanding is dialectical and we can comprehend the duality of 2 opposites, a duck and a rabbit in the same place.

This points to a tension between the hard binary of logic and the fuzzyness of human understanding. Both of which are a ‘flagrant contradiction’ at the heart of social media and the reason maybe, why so many of us enjoy its actuality and potential so much.

More to the point, it leads to a need to at some point rework logic. Maybe Hegel will come back into fashion one day. Elia argues that Blogs are a hybrid between the 2, allowing the means to communicate and interact simultaneously:

Blogging as personal publishing is about broadcasting to broad and often unknown audiences allowing efficient communication, while blogging as interaction is about engagement with specific others that builds shared understanding and enables bonding. While those two functions result in positioning blogging as a hybrid genre….

Hybridity is one of those sticky terms that will for me be always associated with Post-colonialism and writers such as Homi Bhabha, Stuart Hall, Gayatri Spivak, and Paul Gilroy. This concept in Blogs is one to ponder as I think there’s a rich seam of information and sociality present… 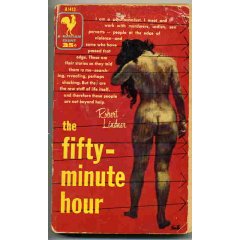 I just love the web. Thanks to A General Theory of Rubbish (often NSFW – not I bet that they do) for finding this one.

The Garden Shed has migrated to this site and now has a more lugubrious name. This new WordPress blog is now on a hosted server so I can configure the layout and functionality to my liking. The plugin options are interesting and I’ve started to configure the All in in One SEO Pack plugin. There’s still a good deal to be done with the layout and typography, plus the images used in the header, which should display randomly. Not many raspberries in my garden this cold December though. Oh and the video links don’t work, I’ll have a look at fixing them.

Apologies if anyone had my page bookmarked. I think the redirects should sort things out and as far as I know only Bill Ives has added me to their Blogroll so far. Onwards and upwards…

The Joseph Sullivan at the NYTimes Book Design Review is running his annual book cover Top 10 for 2008. Noteworthy that 2 old media studies favourites are there in spiffing new covers, Benjamin’s The Work of Art in the Age of Mechanical

Reproduction and McLuhan’s The Medium is the Message.

Both texts enjoy heavy resonance for the age of the Interweb and good to see them treated well by today’s web-savvy generation of cover designers.