There’s something that draws out the thought of the French philosopher Henri Lefebvre in the excellent Monument Project.  A whole series of time lapse cameras generate a 360 degree image from London’s Monument in the City, London: http://www.themonumentview.net/about.php 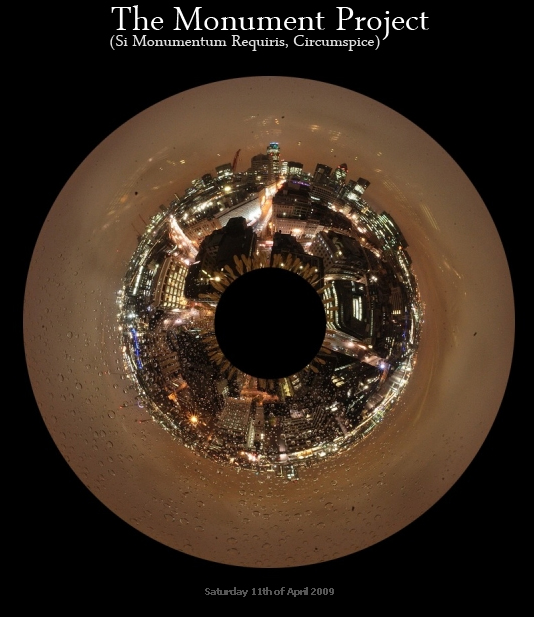 With the advent of modernity time has vanished from social space. It is recorded solely on measuring-instruments, on clocks, that are isolated and functionally specialized as this time itself. Lived time loses its form and its social interest — with the exception, that is, of time spent working. Economic space subordinates time to itself; political space expels it as threatening and dangerous (to power). The primacy of the economic and above all of the political implies the supremacy of space over time.

Lefebvre The Production of Space

All lost perhaps, by both the G20 and its protesters…?