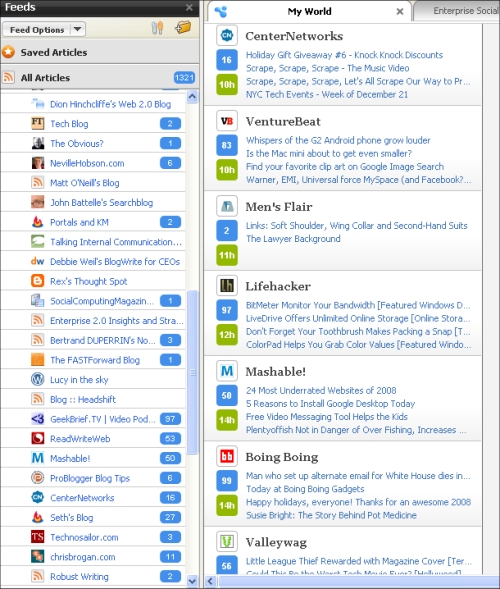 So far Flock beats Chrome hands down when it comes to RSS reader. In fact Flock beats all players when it comes to RSS. Not sure what it is about Flock’s built in reader but it just seems to work so well. It runs as a sidebar amongst all the other social media functionality that Flock provides and the integration with the actual feeds and their web pages is as seamless as any I’ve seen. For me it’s the number one reason for using Flock as I’m underwhelmed by the rest of the social media apps it hosts – sometimes they work and other times they don’t and I’ve never got the WordPress one to function correctly. 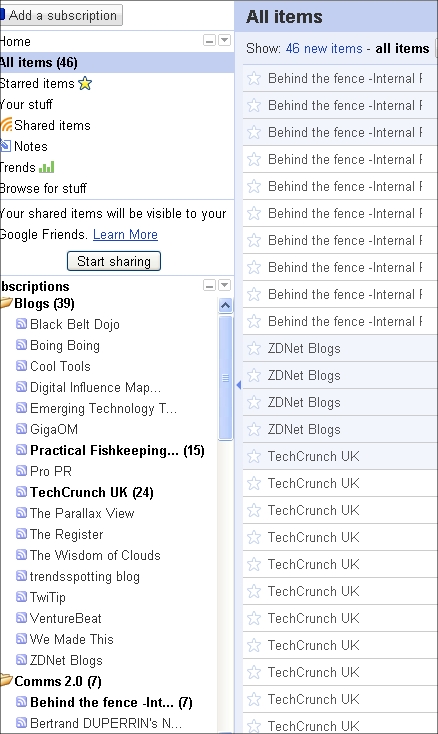 Chrome’s RSS reader is completely web based and while it looks a bit like Flock’s it’s way off on functionality. In fact it looks a bit like a beta. This is a shame as I like Chrome’s slickness. Adding a feed and then making sure it’s added to the right place is much more difficult that Flock. Navigation both between feeds and in the feeds themselves is also a bit flakey.

My vote is 8/10 for Flock and RSS with 4/10 for Chrome. A lot more work needed with Google’s offering.

I still keep on using Flock specifically for the RSS functionality.
I do find it a bit clunky a times though and it takes an age to
load sometimes.